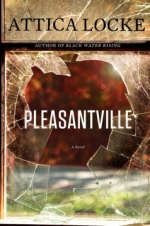 As the city of Houston votes on election night in 1996, a young election worker is kidnapped and murdered in the African American suburb of Pleasantville. Neal Hathorne, a member of a powerful, old-money family, and nephew of a mayoral candidate, is accused of the crime. Environmental lawyer Jay Porter is unexpectedly approached and asked to take on the case. It's not the type of work he would normally accept, but Jay's biggest courtroom success was 15 years ago, and he needs the money. Defending a client the evidence suggests is guilty may be tough enough, but Jay also has other obstacles to navigate. Hathorne's uncle is facing a runoff election against the district attorney, leaving Jay and his case struggling against competing forces of political ambition and manipulation. This is the second book in Attica Locke's Jay Porter Series.